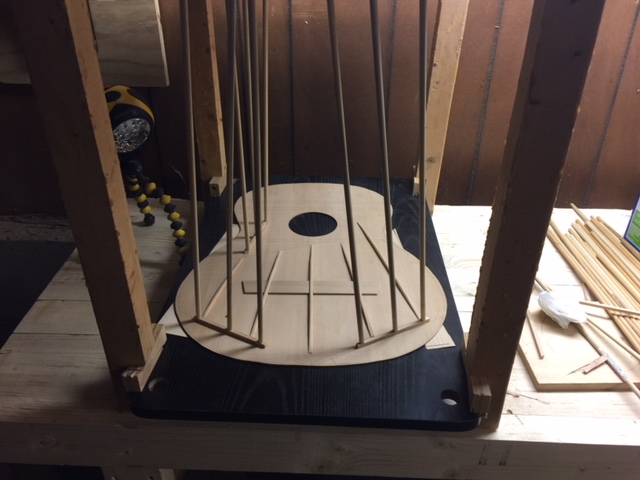 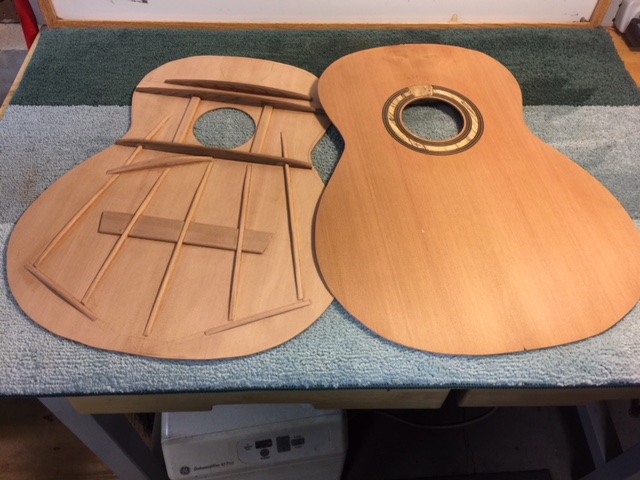 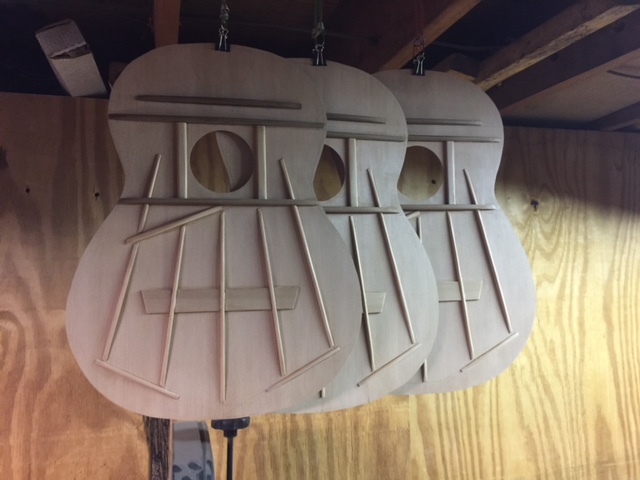 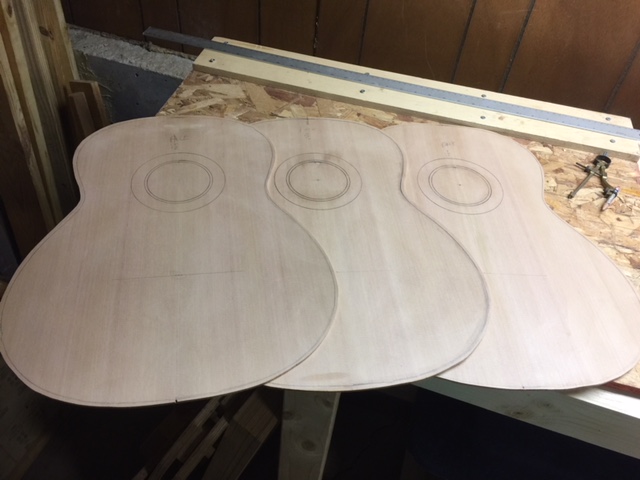 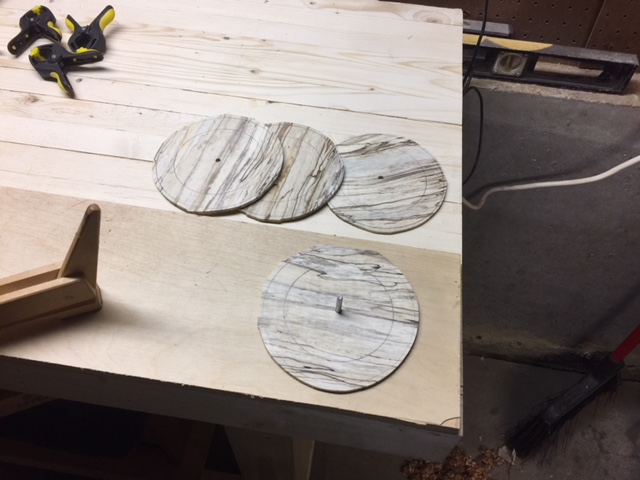 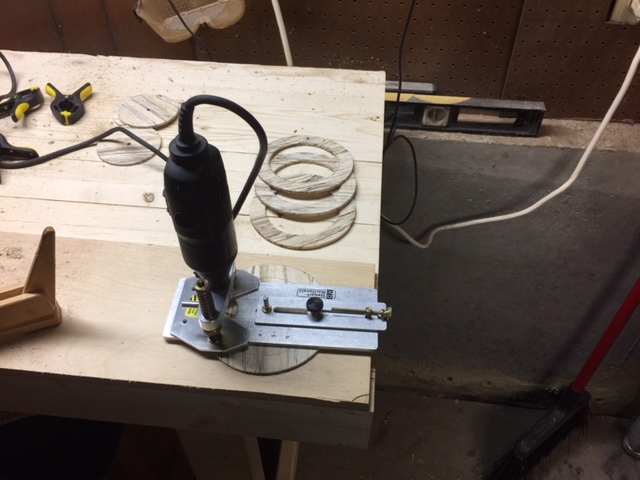 Then descends into what appears to the onlooker as chaos: 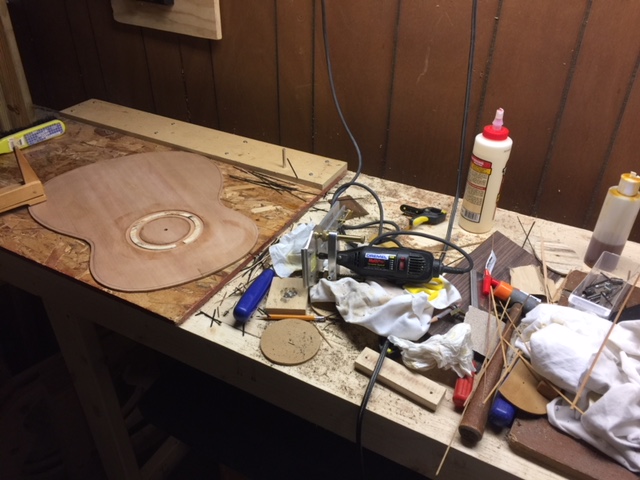 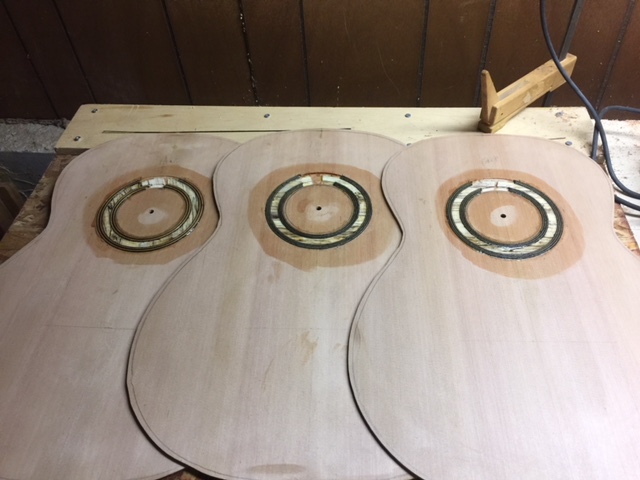 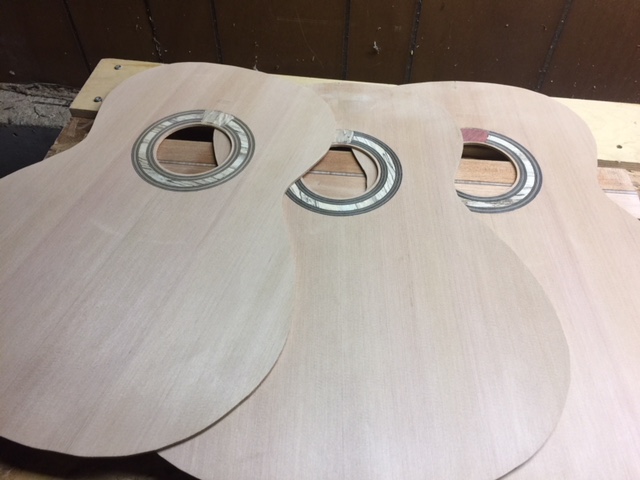 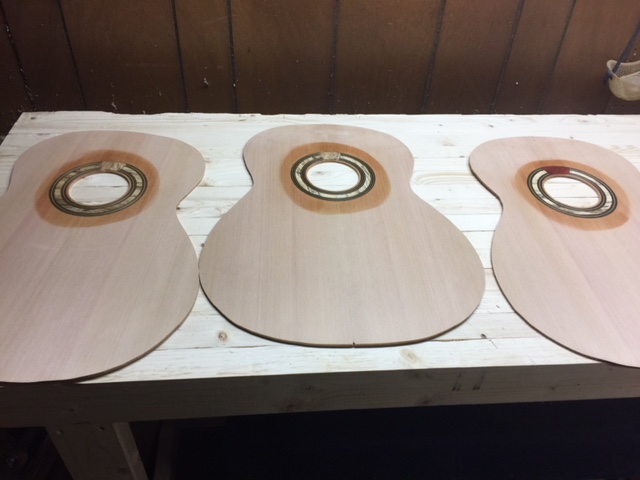 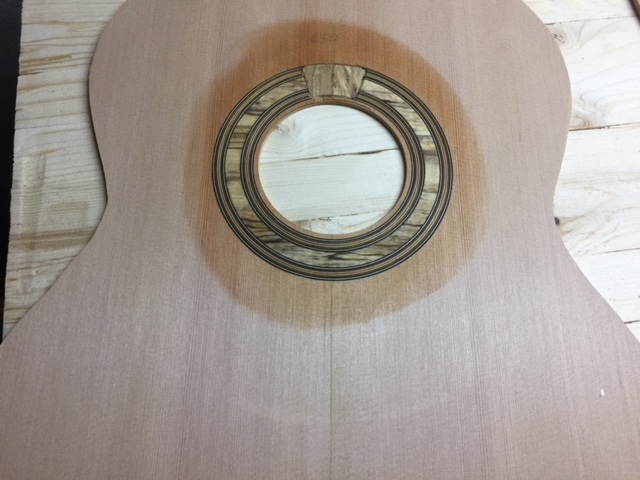 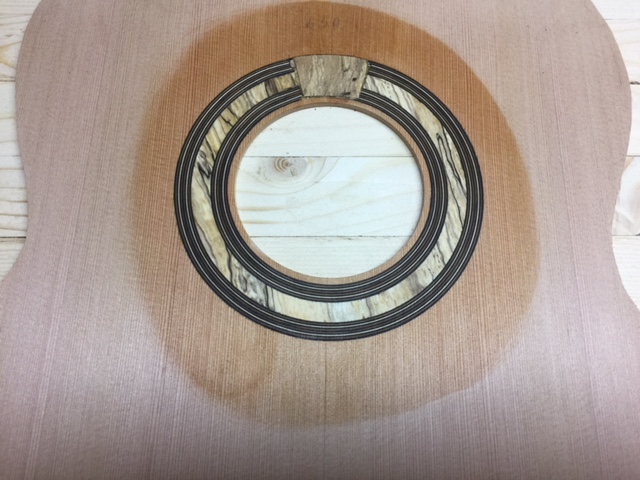 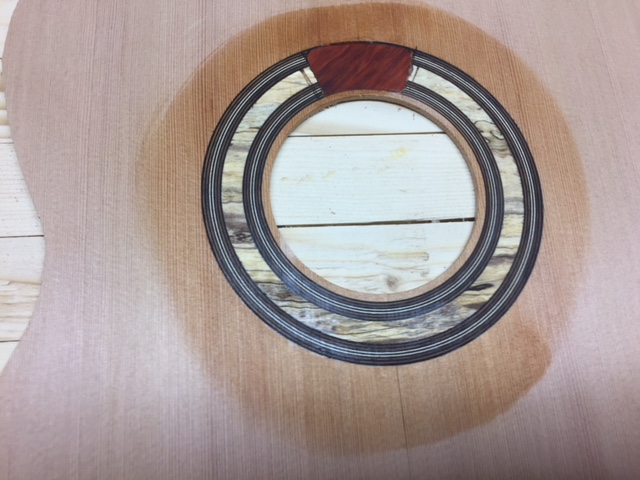 Sacred melodies freely arranged for solo classical guitar. I’ve had this idea brewing in my head for decades. The ideas started flowing to manuscript and to my fingers about 2 years ago. Last September, my son, Joey, and I took a pair of Neumann KM184’s, an RME Fireface UC, and a laptop running Reaper into St. James Catholic Church, a century old midtown parish in Kansas City, MO. After Joey METICULOUSLY positioned the microphones for optimum room and guitar sound, we recorded through the night over the course of 2 days. This album is the result of those 2 nights. There is no reverb or echo of any kind added to the recording. The reverberation that is heard on the recording comes entirely from the room itself and where Joe chose to place the microphones.

The album is available at CDBaby, iTunes, and Amazon.

On my bench right now. I inlaid the cedar top with sections of spalted maple. The Brazilian rosewood I am using for this one has some spectacular figuring. The pieces were very tight against my template, after moving the template around for hours I decided to not fight it, and borrowed an aesthetic the late Tom Humphrey used to do: insert a flame maple wedge. The bindings will also be flame maple to compliment. 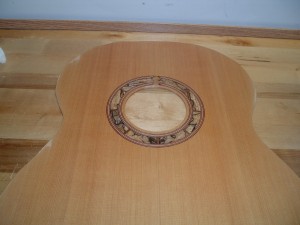 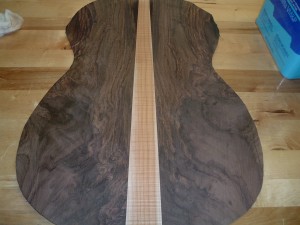 In the finishing stage, and I would like to share my new neck joint. The way I am executing this joint, I can easily vary the amount of neck elevation to the customer’s preference. 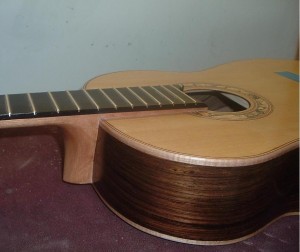 This guitar is finished, looks and sounds phenomenal,  Richard has SOLD this!

I recently stumbled on this while going through my files, and am making it available here. It is the famous Dowland Fantasie, I made my own transcription while in college. I used colored pens, and assigned each voice it’s own color, as a visual aid to help me hear the individual voices in a linear way, and finger it accordingly. Feel free to copy and distribute freely. 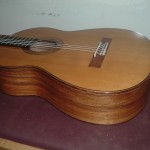 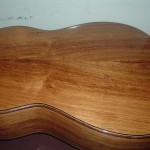 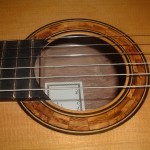 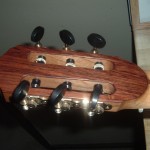 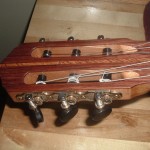 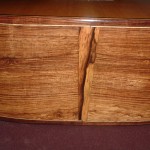 I’m kind of a restless spirit in this regard. The end result is no two guitars appear the same. When I start a guitar, I start by picking the requested materials and laying them out on our ping pong table. I then begin to sort through my ever increasing pile of hardwoods and veneers until an scheme pops into my head. The common thread from guitar to guitar is that I use naturally colored and figured hardwoods and veneers for lines, tiles, herringbones, solid rings, and simple mosaics. 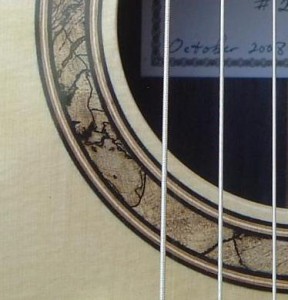 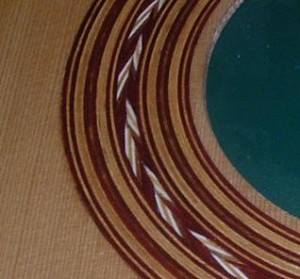 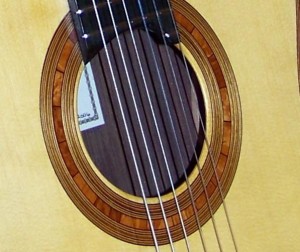 The award winning film composer and guitarist Joseph LoDuca records with one of my guitars.  When Joe received a handcrafted classical guitar from me a little over a year ago, he took it to Angel Studios in London and recorded this for the movie, “The Edge of Love” starring Kierra Knightley:

He used the same guitar for cues in the TNT movie, “The Librarian: the Curse of the Judas Chalice”. Here are a couple of excerpts: